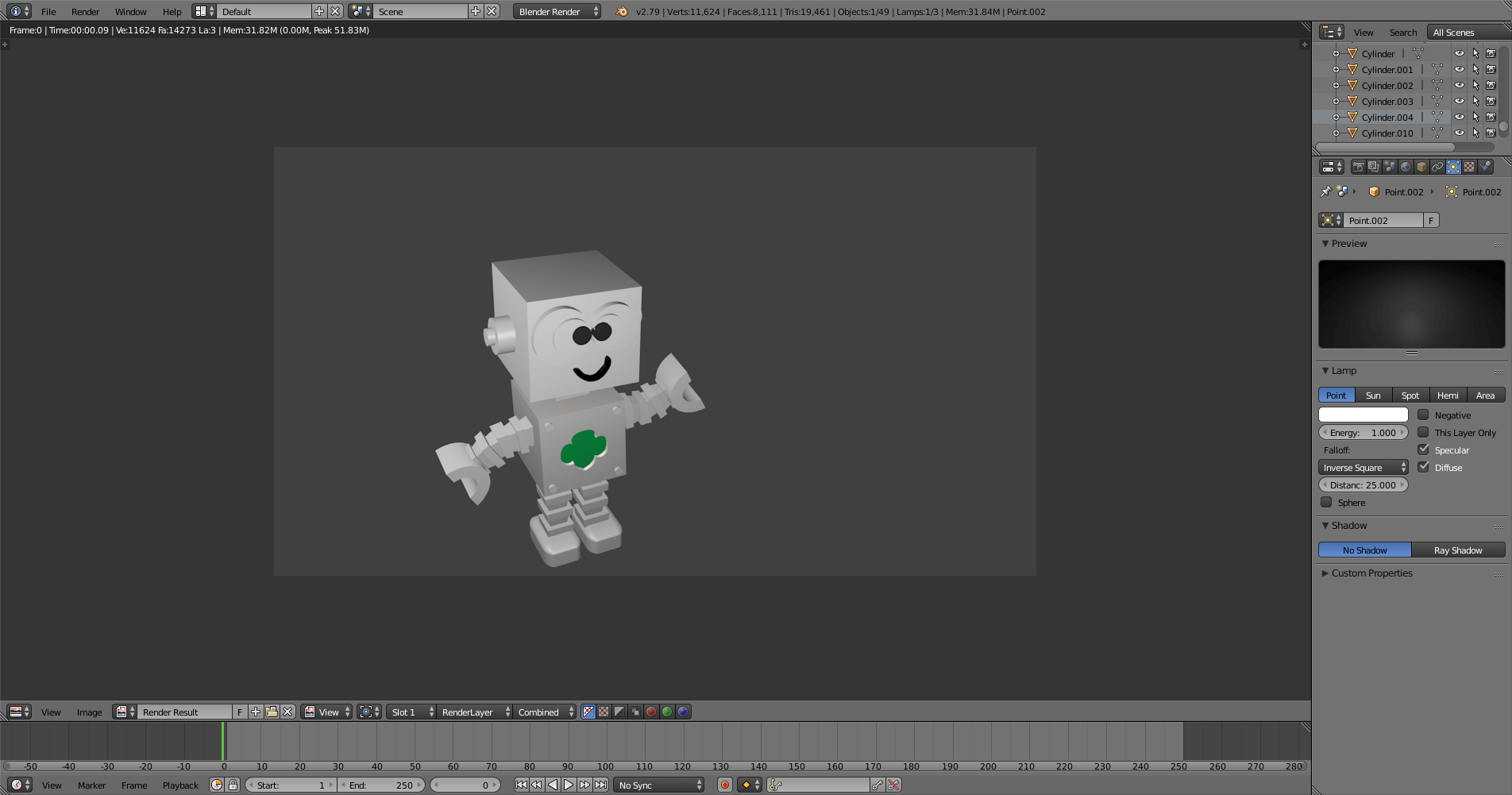 Hi, guys! Today, I will be reviewing Blender 2.79. Now, before I get started, I am going to say that I have been 3d modeling for a while, but I'm still very new to Blender. I had been hearing about Blender for years, but I was always under the impression that the learning curve was steep. Finally, when I did try, I did not know what I was doing. Understandably, that only added to the stigma of impossibility I experienced with Blender. Trying again, I found a written walk-through with photos, and, safe to say, it was smooth sailing from there! So yes, there definitely is a steep learning curve, but taking a tutorial significantly lessons it. So, if you, like I was, are afraid about picking up Blender as a new tool, then don't be! It's not that bad. With that said, let us continue!

This program does admittedly have a scary UI, but you soon find it is not that bad, and is actually organized very well. I really like the features available, as it has several improvements over simpler, easier modelers. I first started with a guide, (See here! Some things are different due to version discrepancies.) but after finishing the first lesson I took off. I immediately thereafter 3D modeled a toy robot, and was quite impressed with my quickly developing capabilities. I think that the same results would follow anybody who sincerely wants to learn Blender, and that, in reality, Blender not half as daunting as it looks.

And, since I was saving the best for last, this is my favorite pro:

If this article hasn't convinced you to take the plunge and try Blender, I will also write that it has a great community, tons of tutorials and guides to get you started, and, (while it can be used for figurine design) is capable of mechanical design. So give it a shot (No, don't download it, install it, run it, and run from it. Download it, install it, run it, find a good tutorial, and create with it.) Thumbs up for Blender.

If you have any questions, comments, suggestions, or if you want me to review your model then please comment below. Or just like/share it via social media.

Get Blender Here!
PS: That's my robot above! ;)

Thanks for the review and the link! I have had trouble before using it to make models for a video game mod.

Wow! Such an amazing and in-depth post! Definitely the best pro/con article I have read on Blender. Great job!